Luigi Menozzi (Reggio Emilia, 1957), since his early works, has focused his attention on nature and the natural environment, first lingering on the landscape, then with more delineated and circumscribed research and projects. From the broad views of the first Apennine landscapes, (he Apennines, 1989 - Beyond the clouds, 1990 - Distant landscapes, 1991) heirs in particular of the American tradition, his photographic path passes to an almost minimalist research that isolates, cuts and explores details of the sometimes seemingly insignificant nature, since he no longer cares to show only the visible, but rather the invisible or, better, what escapes us for our visual superficiality (Zone d'ombra, 2003).
In 1999 he published the book In attesa dell’incanto, which presents over ten years of work on the landscape of the Reggio Emilia Apennines. In Divino naturale insomma eterno (2009), deviating from his panoramic views but always consistent with his gaze on nature, offers new cuts, unprecedented minimal explorations in the territory and in the soul, capturing the signs of divinity, the eternal and the hand man.
His work stands in suggestive countertrend, not only with respect to the pixels and new dynamics of contemporary photography. It adds to the many signs, in the most disparate disciplines and languages, which offer a subtle counter-current line, a salvific approach to the slowness of the gaze and to the methodical care of our authentic links with the world, with the value of time. From 2015 to 2017 he worked on a four-part project (Il giardino della Pietra, La Pietra e le pietre, Nell’abisso di un antico mare, Su Bismantova in cacume) to tell the story of the Pietra di Bismantova (mountain / icon that represents the center of gravity ideal of the Reggio Apennines) through a series of images outside the now classic iconography on the subject. His most recent works are aimed at Land Art, with the aim of highlighting the aspects of consonance and close relationship with nature.
In 2017 he photographed the works of Arte Sella in Trentino and in 2018 those of the park of Chaumont-sur-Loire in France. Continuing along this path, he focused on other forms of interventions in harmony with the environment; thus began the work on home art and artistic interventions in living spaces, parks and gardens.
Since 2009 he has been part of the Gruppo Rodolfo Namias which deals with the study and rediscovery of ancient photographic techniques. He has exhibited in numerous solo and group eshibitions in Italy and abroad. 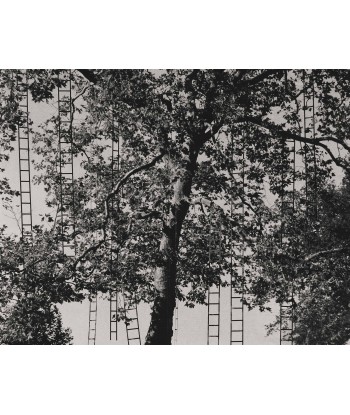